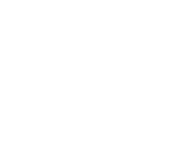 The Police Chief is responsible for planning, directing and leading the Operations Division and the Support Division of the police department. The Sr. Administrative Assistant and the appointed Chaplains report to the Chief of Police.

The Operations Commander, with the rank of Captain, leads the Patrol Operations Unit and the Special Operations Unit. Both units protect and serve the 8-square miles inside the city limits of Lilburn.

Lilburn Police Officers are tasked with multiple responsibilities that include the following:

The Criminal Investigation Unit is comprised of a Lieutenant, a Sergeant, and five investigators. Lilburn Investigators are tasked with multiple responsibilities that include the following: